I wanted to write a few words about "nightshade" vegetables. It is a question I get asked about alot. Some people think that nightshades is a term that macrobiotics made-up to describe certain vegetables that we use infrequently. Not true. We did not make up the term "nightshades" at all. If you google nightshades you will find quite a bit of information about them. They actually refer to a group of vegetables that originally were not edible at all. Such as the tomato. The original tomatoes were actually toxic if ingested. Over many years of natural and also un-natural hybridizing, a tomato evolved that now is not toxic to humans, for instance. Other vegetables in this group include bell peppers, eggplant, and tobacco. And then there are a few vegetables that are physiologically similar to nightshades such as spinach and swiss chard. Nightshades bloom at night. Spinach and swiss chard do not. The common factor though in these plants, is that they all adversely affect our bodies ability to absorb calcium and other important minerals that are especially important to bone health. Nightshades actually draw minerals to them. I learned when renting an organic gardening plot years ago, that the long time gardeners did not plant other vegetables near their peppers and tomatoes because the other vegetables would not do well if they grew close to the peppers and tomatoes. Why?? Because the peppers and tomatoes, even in the ground, pull all of the vital nutrients (minerals) from the soil to them, thus weakening the other plants growing around them. In our bodies they do the same, pulling vital minerals from our bones, and weakening them. These long time gardeners used the term "deadly nightshades" to refer to the vegetables that zapped energy from the other plants which is one of the more recent historical sources of the term nightshades. You might be asking: Does this mean you can never use a tomato?? No it doesn't. But it does mean that you don't want to over use them. A good way to avoid over using them is to only use them fresh, never in a concentrated form such as sauce or puree. And use them very selectively, only in certain dishes that require them as part of their character, such as tofu kale lasagna.

And what about spinach and swiss chard? They also deprive our bones of vital minerals, but from a different mechanism. They contain oxalic acid. Oxalic acid interferes with calcium absorption. 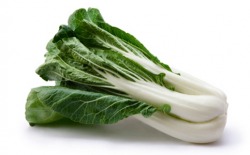 As quoted in the October 2009 issue of Harvard Health Watch Newsletter: "certain vegetables are an excellent source of calcium such as bok choy, cabbages, collard greens, and kale. Spinach and swiss chard, which also contain calcium, are not such good choices, because along with calcium  they have oxalates which make it harder for the body to absorb calcium".  Harvard Newsletter also adds that all vegetables contain high amounts of magnesium and potassium which reduces blood acidity, lowering the urinary excretion of calcium. Just thought I would throw that in as an additional incentive to always eat a wide variety of fresh vegetables!

Macrobiotics did not invent the term nightshades, we just study the science of food so deeply, that we understand the importance of limiting certain foods within our diets while using many others abundantly for utmost great health!